Transport for London (TfL) has been using RootWave Pro to tackle Japanese Knotweed infestations for the last 18 months. Craig Ward of TDS Vegetation, London Underground says he is hugely encouraged by results.

Japanese knotweed is an invasive non-native species, it is extremely hardy and difficult to remove. Its control is now covered by legislation due to the speed at which it spreads, out-competing local plant species.

Craig Ward said: “It overtakes all the local flora and fauna – destroying habitats for native wildlife. Protecting the local environment is very important to us and we are dedicated to reducing the use of chemicals like glyphosate and finding other ways of controlling invasive species”

RootWave made three demonstrations of a RootWave Pro machine tackling Japanese Knotweed at selected locations. TfL management were sufficiently encouraged by results that they purchased two RootWave Pro machines and are now running large internal trials across the network with a view to expanding their use of electrical weed control for invasive species.

The current trial includes tackling the largest area of the invasive species on the TfL network on a site near London Underground track in Harrow, West London.

Most importantly, Craig is very pleased with the level of control that RootWave Pro has delivered. He said: “The plant dies instantly when we use RootWave Pro, and crucially grow-back is significantly reduced compared to previous methods. On small sites we have seen one treatment remove the plant, but on the large, dense sites we have done it in two or three visits – halving the number of treatments we would expect to make with conventional methods.”

Because the electricity killed the entire plant, including much of the roots, TfL were able to leave the plants on site to compost down – this saved man hours and the cost of disposing an environmentally sensitive material. At the end of the trial Craig will quantify the savings that using RootWave Pro will deliver, but he expects them to be “massive.” 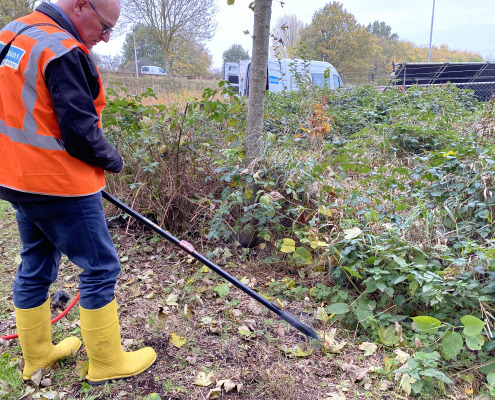 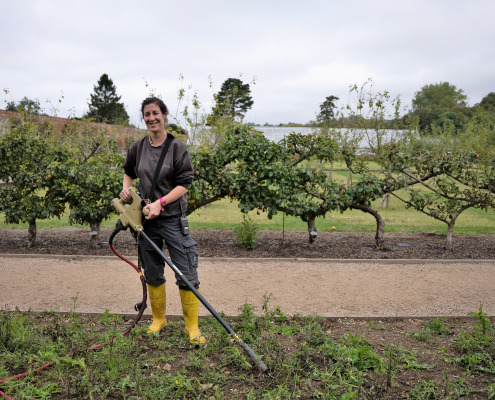